Teaser: Can You Hear The Movement Of My Heart 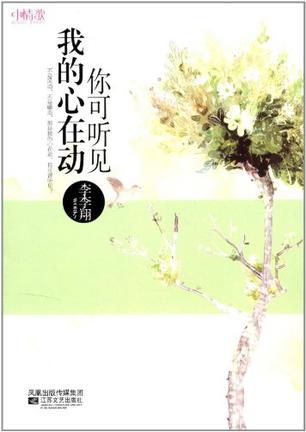 你可听见我的心在动
Can You Hear The Movement Of My Heart
Author: 李李翔 (Li Li Xiang)

18 year old Zhong Bi was in her third year of university when her mother was diagnosed with breast cancer, forcing her to travel between school and the hospital daily. A chance meeting introduced Zhong Bi to Zuo Si, a successful personnel. However, Zuo Si had ulterior motives and was thus rejected by Zhong Bi.

Nonetheless, things took a turn for the worse when the cancer cells spread to Mother Zhong’s (钟母) spine. In her most distress state, Zhong Bi submitted to Zuo Si. When Mother Zhong found out about it, she stopped taking the medicine and committed suicide.

However, Bi Zhong was already pregnant then and her grief caused her to prematurely deliver her baby. She left the baby with Zuo Si and escaped back to school to finish her studies.

While trying her best to start anew, she met the black-hearted and cold-faced genius with a passionate spirit, Zhang Shuo, and fell in love…

‘Paradise on Earth’ is not the name of a nightclub, but the highly-rated variety entertainment show in the country with the highest viewership ratings. With live broadcast and attractive prizes, it is able to attract a large amount of enthusiastic participants.

This episode is called ‘Challenge oneself’, with a total of twelve participants. However, there are only two participants left by the final round, demonstrating the fierce competition. The host, articulating in his unique accent, “Last question, ‘It’s not the wind moving, it’s not the sail moving, it’s the heart of the benevolent moving’, what is the origins of this phrase and who said it?” Four options appeared on the screen. The masses fell into deep thoughts.

Zhang Shuo was startled. The host, noting the change in expression, smiled, “Mr. Zhang, are you facing difficulties with this question?” He doesn’t know the reason why this prestigious young man chose to participate in ‘Paradise on Earth’ when he should be in ‘Character Interview’ or in a cover shoot for <<Economic Weekly>>. His competitor is a lady who have not input her answer yet, apparently unsure of the question too.

Zhang Shuo looked at the crowd of audience and said, “I want use my helpline.” The host agreed, “You have thirty seconds. Do you want to ask for help from the audience or use the telephone helpline?” He chose the telephone helpline. However, he had to expend all his energy just to dial the number, his hands shaking and the phone feeling extremely heavy. Shedding his usual demeanor, he faced the camera and quietly added, “I don’t know if this call can still be connected.”

It rang for a long time, nobody picked up. He continue to dial but still, nobody picked up. The host and audience let out sighs of pity. The him on the screen looks slightly lost and is slipping into a daze, nobody knows what he’s thinking about. Just when he is about to give up, the gentle voice of a lady piped up, “Ah Yue¹, it’s me, Bi Zhong.”

Zhuo Shuo scrambled to suppress the uncontrollable excitement that arose. The host urged, “Mr. Zhang, you only have thirty seconds.” Zhang Shuo ignored him, articulating slowly, “It’s not the wind moving, it’s not the sail moving, that is my heart moving.” Suppressing his surging emotions, he asked lightly, “Zhong Bi, after all these year, can you still hear it?”

The host and audiences, including his competitor, are lost for words.

The other end of the phone call remained silent for a long while. The pause is so long such that Zhang Shuo thought he waited till the end of the universe, the end of time before a soft sigh rang beside his ear, “Ah Yue, I am in the midst of divorce.”

The host broke the silence, “Time’s up.” Everybody thought it is a pity, this young man just gave up a million RMB so easily.

Zhang Shuo crack a smile, clearly and quickly answered, “When the sixth generation monk, Hui Neng, succeeded the mantle from fifth generation monk, Hong Ren, he once went to Fa Xing temple in Guang Zhou to preach. The abbot of Fa Xing temple, Yin Zong Fa Shi², was, at that moment, explaining a term in a Buddhist mantra, ‘wind blow, sail moves’, and he asked, ‘Is it the wind moving or the sail moving?’ There are those among the disciples who said it’s the wind moving but there are also others who said it’s the sail moving. It was then that Hui Neng stepped forward with his palms held together, “It’s not the wind moving, it’s not the sail moving, it’s the heart of the benevolent moving’.”

Everybody was struck with the realization that he had actually knew the answer all along. That phone call, was merely a phone call to the one that made his heart move. Applause erupted.

Touched by his reply, the host praised, “I’ve been a host for twenty years and this is the first time I’ve encountered such a situation. Mr. Zhang, I’m sure there is no better answer than yours.” He walked down and gave Zhang Shuo a hug, adding, “Mr. Zhang, I heard of the many legendary experiences of yours, you’ve been featured on the cover of <<Times Magazine>>, and been on the ‘World Top 100 Mathematicians’ list. I am curious, why did you choose to attend ‘Paradise on Earth’ instead of ‘Character Interview’ today?” A friendly laughter erupted from the audience, this young man is so smart, sharp, and wise.

The audiences who have not heard of him are filled with surprise, this handsome young man is actually so prestigious.

Zhang Shuo lowered his eyes before raising it and addressing the camera, “I have a friend, she doesn’t read at finance analysis, watch character interviews, current events or political programs, she only likes to watch variety entertainment, gossips, listen to pop music, and read web romance novels.”

The host stared at him and asked, “What kind of friend is she?”

Zhang Shuo smile at the camera, this is the first time the audience on set see such a charming smile from him. There are even several girls who daringly whistled, causing an uproar. He turn his head from the camera, his gaze falling in a corner of the scene, “My girlfriend from university times.”

Somebody screamed, expressing a look of expectation and curiosity. The program had already ended by this time but nobody is leaving, and nobody is rushing them. The host smiled, “Mr. Zhang, from the records, there’s already quite a number of years after you’ve graduated.” He nodded, “Five and a half years.” The host exclaimed, “Just five years and you’ve achieved so much! It makes people like us who’ve strive for many years ashamed.” Directing the topic back, “Did you and your girlfriend get together?”, accurately asking the question the masses is interested in.

Somebody from the audience, feeling indignant, asked why.

The host deliberately used a casual tone, “Is it the lady whom you called just now? It seems her name is Zhong Bi?”

Zhang Shuo did not nod nor shake his head. Instead, he flash the audience a polite smile as reply.

However, the masses is not ready to let him go and start to discuss among themselves.

The host prompt the masses to quieten down, the wisdom accumulated from years of experience deeply etched in his eyes, “Mr Zhang, allow me to ask again, why did you choose to participate in ‘Paradise on Earth?” He had met many people before and he could tell with just one look that this young man has a determined will and a personality that forbids him to compromise easily.

He stood up, “I merely want her to know.” Scanning the crowd, he announced “The program has ended, I am leaving.”, and left without hesitation.

Because of this episode, all the top programs in the nation with highest viewerships started discussing about this mysterious lady called ‘Zhong Bi”.

¹Ah Yue is a nickname given to Zhang Shuo by Zhong Bi.

²Fa Shi (法师) is a respectful title given to monks  who imparts Buddhist teachings.

3 Responses to Teaser: Can You Hear The Movement Of My Heart