Skip to content
Previous Chapter | Table of Contents | Next Chapter

Actually, she had wanted to say this to him ever since they arrived at the hospital.

On the journey to the hospital, the acute pain from the injuries had caused her strength to seep out of her. Fearing that she might faint in front of him, she had stubbornly clenched her jaw to endure the urge. Thus, postponing her words.

However, when they alighted, he had not given her a chance to say anything, frantically carrying her into the hospital for a series of tests. It is only now when she finally gets the opportunity to speak.

Nonetheless, despite her distanced attitude, it is not because she does not crave for his company. After all, all these years, she had even wished for it in her dreams. But she knows from the bottom of her heart how much he detests the her right now, who is assuming another’s identity.

Moreover, if the one she saved just now was not him, will he have sent her to the the hospital like just now?

To make things worse, before he sent her to the hospital, he had told her to scram as far away from him as possible.

Scram as far as possible… Is it possible that he thinks that her act of saving him just now is just another ploy of hers to pester him?

The fear of the consequences of this potential misunderstanding courses through Qin Zhi Ai. Without much deliberation, she decided that it is necessary for her to explain herself. If not, the one to suffer will eventually be her.

With a determined heart, Qin Zhi Ai lowers her gaze and tries to gather whatever lingering courage left in her before hesitantly articulating in a soft voice, “What happened tonight is just an accident. I have no hidden intention and I did not save you to keep you with me.”

When Gu Yu Sheng heard Qin Zhi Ai first sentence, his eyebrows had shot up. Is she trying to chase him away?

At that moment, the unexplained frustration and rage from when he heard her muttering ‘I swear I’ll not pester you again’ again and again in the car had bubbled up and overwhelmed him.

However, he chose to ignore her words. Instead, he habitually grabbed a stick of cigarette from his pocket and held it against his lips before remembering the smoking prohibition on the hospital grounds.

Irritated, he was removing the stick of cigarette and stuffing it back into the box when the voice of Qin Zhi Ai piped up from behind him, “What happened tonight is just an accident. I have no hidden intention and I did not save you to keep you with me.”

His movements abruptly halts and silence engulfs him.

Seeing his lack of response, a wave of confusion washes over Qin Zhi Ai. She bites down on her lip, unsure if Gu Yu Sheng had registered what she said. After a short pause, she decides to explain further, “If it is someone else being thrown into the same situation, I will also do the same thing…”

But before Qin Zhi Ai can finish her sentence, she is startled by Gu Yu Sheng’s sudden movement of throwing the pack of cigarettes into a nearby rubbish bin.

Although his action seems more like he was smashing the box.

From experience, Qin Zhi Ai knows this reaction is a sign of Gu Yu Sheng’s rising anger, causing her to shrink back in fear, all words leaving her.

As if he is trying his best to live up to her expectations, Gu Yu Sheng’s head swings back the next second. He stares at her with murderous eyes, “Since you have no intention of being associated with me, stay out of my affairs from now on!”

Click here to join Discord and chat with us!

Support me on Patreon! 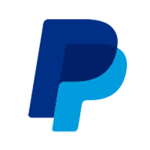 If you like my work, consider donating to me on Paypal!